Netflix announced that the 13 Reasons Why finale season will debut in June, so it’s almost time to bid farewell to the Liberty High School seniors, who are preparing for graduation.
According to Netflix 13 reasons why will return for the fourth and final time on Friday 5th June having shorter episodes than usual which only consists of 10 of them instead of customary 13.

According to Netflix, “In the series’ final season, Liberty High School’s Senior Class prepares for graduation. But before they say goodbye, they’ll have to keep a dangerous secret buried and face heartbreaking choices that could impact their futures forever.”

After they discovered the truth about Bryce Walker’s (Justin Prentice) murder at the end of the last season, which dropped on the streaming platform in August 2019, what’s in store for the High School’s seniors this season? In the aftermath of season three’s finale, the new episodes will pick up with Winston (Deaken Bluman) seeking justice for Monty (Timothy Granaderos), who was killed in prison after being framed for Bryce’s murder.

This season we’ll see all main characters pushed down unexpected roads, according to showrunner Brian Yorkey who teased the storyline for Zach Dempsey played by Ross Butler.
“I will say that in season four we take Zach places that I had not expected until we really got into the room and delved into his story”, he told Entertainment Weekly.

Meanwhile, season 3’s final scene featured an unknown fisherman finding the guns that Tony and Clay got rid of for Tyler in the lake. Will the police trace it back to them or will someone else get blamed for it all? Guess we’ll have to wait to find out. 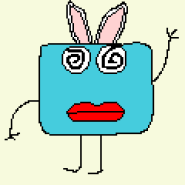