Covid-19: The butterfly effect – How a small event triggered a pandemic

We are currently a part of a historic pandemic that is COVID-19. It has substantially affected over 5 million people and has spread to over 100 countries. Along with a healthcare crisis, this pandemic has also caused an economic crisis all around the globe. Stock markets have crashed, jobs are at risk and though the pollution has been significantly reduced, businesses have collapsed and issues of mental health have rapidly risen up due to long induced lockdowns. All this because of a tiny event that took place in Wuhan, China in a seafood market. So all these initial conditions direct us to a famous theory referred to as “The Butterfly Effect”.

Butterfly effect or The Chaos Theory is a term used to emphasize the significance of second occurrences. “A butterfly flaps its wings in the Amazonian jungle, and subsequently a storm ravages half of Europe“. Edward Lorenz, an MIT professor developed this concept. The whole purpose of his theory was to illustrate the idea that a complex dynamical system that exhibits small unpredictable behaviors could have huge and widely divergent effects on the whole system.

The point of the butterfly effect is not to get leverage. The term “butterfly effect” is almost misused in popular culture. The idea of a small thing that has a big impact, with the implication that, like a lever, can be manipulated to the desired end. The reality is that small thing in a complex system may have no effect or a massive one, and it is impossible to know which will turn out to be the case. There is an outstanding movie that describes chaos theory. The Butterfly Effect.

People often say that the events that changed the world were things like big bombs, crazy politicians, earthquakes, tsunamis. But no. The things that change the world according to Chaos theory, are tiny things.

We look at some historic examples of how a tiny change can shape our lives in a completely different way.

The Academy of Fine Arts in Vienna rejecting Adolf Hitler’s application, twice.
Many of us may not know this, but a young Adolf Hitler back in the early 1900s applied for art school in Vienna and was rejected, possibly by a Jewish professor. This rejection went on to shape his translation from an aspiring artist into the human manifestation of evil. We can only wonder and speculate as to how history would have been different if that small event had not occurred.

The Chernobyl disaster. In 1986, a nuclear test at the Chernobyl nuclear plan went horrifically wrong and released 400 times the radiation produced by the bombing of Hiroshima. Around 5 million people were estimated to be affected by it according to NRCRM. Even today some areas remain too dangerous to visit. However, more people could have been affected if three plant workers had not volunteered to turn off the underwater valves to prevent another explosion. Had they failed to turn off the valve, half of Europe would have been destroyed and rendered uninhabitable for half a million years. Alexei Ananenko, Valeri Bezpalov, and Boris Baranov– stilled the wings of a deadly butterfly. Some people also speculate that Chernobyl is responsible for the acceleration of global warming.

Creation of plastic. In 1907, a man named Leo Baekeland invented Bakelite, a fully synthetic material. Eventually Bakelite evolved into what we know as modern-day plastic. It then became a major trend. So major that in the 1970s, a huge movement started to use plastic instead of paper bags in order to “save the trees”. But this bought out another modern-day problem. Plastic didn’t decompose so where did we put it? The ocean. It all started with a piece of plastic. One thing led to another and now we have this:

All this started with a man who was trying to make the world a better place.

So according to the above theory and the historical examples, can we say that COVID-19 is also an example of chaos theory?

The virus emerged in Wuhan, the capital city of Hubei province, and was traced to a seafood market. The subjective choice of eating a particular animal by individuals: is a micro-level behavior. Such a minute choice transferred the virus from animal to human. The extensive spread of the virus worldwide then became a fact; it respected no borders. It has resulted in 3,28000 death as of May 21, 2020, and over 5 million people are said to be affected by it. Not only did the outbreak affect the humans but it also affected the economy and trade routes. German exports of meat, milk, and beer to China have already suffered from closed trade routes and reduced consumption. Millions of people are at risk of losing their jobs and the stock market of the US has massively collapsed hitting their economy hard. A decline in consumption has impacted meat and feed prices in China. The pandemic is still on its full throttle and significant long term impacts will be caused after it ends. Changes in geopolitics, the competitive business landscapes, consumer behaviors, traveling, and not to forget the mental strains of people due to lockdown and quarantine that will surely have significant effects in the future. This little change is itself a butterfly effect.

From these handfuls of examples, we can imagine how fragile the world is, and how a small minute change can fuel a huge outcome. Our world is a complex dynamic system and we think we can predict the world with our state of the art technologies and statistics but the butterfly effect shows that we cannot. The system is chaotic and entropic, prone to sudden change. All we can do is create favorable starting conditions and be alert to the kinds of changes that might act on those conditions. 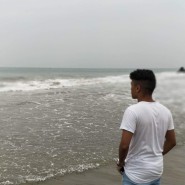