Before 2011, gaming was limited to only Personal Computers and Consoles when suddenly Razer, a PC accessory producing company, released its first gaming laptop which had various cons but was able to create the concept of gaming laptops which after 8 years has become a blazing topic and a major part of the gaming world. Gaming laptops combine the portability of smartphones with the performance of PCs which is extremely convenient for modern-day gaming needs.
A gaming laptop must have important qualities such as good graphics, fast processing speed, quality display, smoothness, decent battery life and finally sleek design with optimum performance. We all know that perfection is something that we can seek but not achieve, likewise every gaming laptop that has ever been released can only be considered to be perfect only in theory in practical use there are always some kinks like the high price of gaming laptops or their performance compared to PCs or some other flaws which always leave some room for complaints from the consumers which leads to massive modifications and changes to strive for perfection.

To run games smoothly without any stoppage there is a basic requirement for all gaming laptops like the processor must be i5, graphics of NVIDIA GTX 1060/1050/1050ti or AMDs Rx 500 series, the minimum ram of 8 GB and fair memory. A gaming laptop lacking in any of these qualities won’t provide the best gaming experience to the user as games can start straggling and the laptop will most likely start heating.
All the laptops in the list above fulfill the criteria to be considered a good gaming laptop as their specifications far exceed the basic threshold, however, their price still remains a problem which pushes the public to think that buying a pc could be better.
Finally, the above list can also be considered a reference guide for while choosing a gaming laptop as there are various flagships that have different pricing and stipulations. 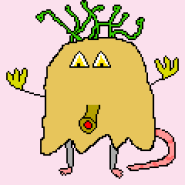 Covid-19 and the economic crisis in the future