Obviously, these prices only apply to the US. European and Asian markets have different pricing. Europe has to pay a lot more because of the high wages that Apple has to pay for their staffs. But, in the Asian market, mostly marking to the Indian subcontinent, where the wages of the workers are really low, and also the people there don’t earn much as the Westerners, the pricing is really weird.

Companies now, have different strategies to make Indian people attracted to their products with their pricing, popular companies like Google, Facebook, and even Netflix, have changed their pricing, lower than the western markets so that they can get the Indian people. But, Apple is going the opposite way. The recently released iPhone line-up has skyrocketed pricing in India and its Neighbouring countries. The prices are listed here:
1. iPhone 12 Mini: $952/INR 69900
2. iPhone 12: $1088/INR 79900
3. iPhone 12 Pro: $1633/INR 119900
4. iPhone 12 Pro Max: $1770/INR 129900

For a country like India, where the market seeks value for money, these iPhone prices, does not meet with the requirements of the Indian people. A region, where people earn less than most of the westerners, have to pay almost double the price people pay in the USA. The reason why is that, the iPhones, are not made there. They are imported from anywhere else and they’re sold here. The current Apple factory in India has been producing the Mid ranger iPhone SE and the iPhone 11. It’s also expected to produce the iPhone 12. In that case, people were expecting lower prices. But Apple has turned the tables around. Let’s see the type of strategy Apple has made. 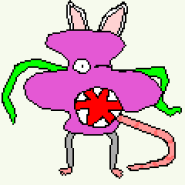