Iranian parkour athlete, Alireza Japalaghy, and his stunt accomplice have been arrested by Tehran cyber police for “vulgar acts” because the photo of pair kissing on the rooftop was widely circulated on social media. According to BBC, Tehran police said their “unconventional moves, which were contrary to custom and Sharia law” led to their arrest.

While Mr. Japalaghy was arrested last Monday, the woman in the photos was only taken into custody on Thursday. But her identity has not been publicly identified by police. “Images of a young boy and girl who exhibited improper and unreligious behavior were published on social media. These people were arrested by the police with the judiciary officials command because what they did was a sample of advocating vice“, reads the police statement, reported by Tasnim News Agency, according to ABC News.

Their custody provoked reactions on social media. A lot of other social media users criticized Iran’s strict laws. Many spoke out in support of the parkour athlete and criticized their detention. A lot of questions were raised on how kids who kiss were being arrested instead of focusing on people who commit actual crimes like corruption, murder, etc.

Other users pointed out that Iranian parkour athlete, Alireza Japalaghy, had published similar photos in the past, but was arrested only after a post in which he questioned the disappearance of his father, a police officer at the anti-narcotics department, and the authorities failure to investigate the case.

In an Instagram video on Monday, he said he had received “suspicious calls” telling him to turn himself in or be arrested publicly. His brother posted an update on the same account the next day, saying Alireza had been taken from their home and arrested.

According to police chief Rahimi, the woman in Japalaghy’s photos “will also be arrested soon.” 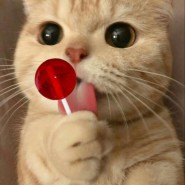