Spotify is taking one of Apple’s top podcasts away.

“The podcast is moving to Spotify,” Rogan announced in a video on Spotify’s website. “I signed a multi-year licensing agreement with Spotify.”

The licensing agreement is one the largest such deals in the rapidly growing podcast business. The company did not disclose the financial details of the agreement to license the podcast, “The Joe Rogan Experience.” But The Wall Street Journal, citing an anonymous source, reported it could be worth more than $100 million based on the podcast’s performance metrics and other factors.

Mr. Rogan stressed repeatedly on social media that the deal would not change the nature of his show or make him an employee of Spotify.“They want me to just continue doing it the way I’m doing it right now,” he said. “It’s just a licensing deal, so Spotify won’t have any creative control over the show.” In a video announcement on Facebook he clarified that he would not be an employee of Spotify.“It will be the exact same show,” he said. “We’re going to be working with the same crew doing the exact same show.”

In a statement, Spotify described the agreement as a “multiyear exclusive licensing deal” that would make the podcast free for all of the platform’s 286 million users. The deal with Mr. Rogan is comparable to the kind struck between athletic brands and sports stars, said Stephanie Liu, an analyst with the research firm Forrester. “This is part of Spotify’s bigger bet on podcasts,” she said. “Spotify is buying not only Joe Rogan’s extensive and future content library but also his loyal audience.”

The deal gives Spotify the opportunity to profit from Mr. Rogan’s enormous audience by giving another lure to advertisers, Ms. Liu said, “or, better yet, convert them to Spotify Premium subscribers.” She added that the deal suggests Spotify is looking to compete more directly with YouTube. “The exclusive deal for Rogan’s video and audio content suggests Spotify is placing a higher value on video than in previous years,” she said.

On September 1 Joe Rogan’s entire library of content will be available on the platform, and later this year at some undisclosed point, all audio and video will only be available via Spotify. The video announcement is particularly major because Joe Rogan has 8.41 million subscribers on YouTube, which likely translates into hundreds of thousands of dollars in revenue for him monthly … and will largely go away over time as he reduces his content publication there. However, according to the Wall Street Journal, the Spotify licensing deal is worth north of $100 million for Joe Rogan, which will more than compensate for that loss of revenue.

So who is Joe Rogan and What’s on his 100 Million Podcast?

Before launching “The Joe Rogan Experience” podcast in 2009, Rogan appeared on Fox’s “Hardball” as a star basketball player, and on NBC’s “NewsRadio” as a handyman and conspiracy theorist. He was also the host of “Fear Factor” from 2001 to 2006, and he’s done stand-up specials for Netflix and Comedy Central. He cut his interviewing chops doing color commentary for the UFC and was named MMA Personality of the Year four times by the World MMA Awards.

He was already making $30 million a year before joining Spotify. Rogan topped Forbes’ inaugural highest-earning podcaster list earlier this year, pulling in a reported $30 million and running the No. 1 podcast in the world, according to Apple. “He’s delivering scale and engagement,” Tom Webster, senior vice president at Edison Research, told Forbes. “He’s the No. 1 in terms of reach in the U.S.”

Rogan, whose UFC broadcasting career dates back to 1997 with UFC 12, is also a renowned comedian, who has seen numerous stand-up shows featured on video streaming platform Netflix. But no business endeavor has led to more success than his podcast, which has landed guests such as Elon Musk, Edward Snowden, and Mike Tyson.

Since Mr. Rogan’s podcast began in 2009, his long-format interviews, which are often laced with profanities and his unvarnished observations about the news, have gained a huge audience. He has presented himself as a counterweight to what he views as political correctness run amok and has interviewed a wide range of public figures, including the entrepreneur Andrew Yang and Senator Bernie Sanders, whom Mr. Rogan endorsed early in the Democratic presidential primary this year.

He has also drawn criticism for discussing conspiracy theories, making jokes that belittle transgender people and sharing his platform with far-right figures, such as Gavin McInnes, the founder of the Proud Boys, and Alex Jones, the “Infowars” founder who spread the false narrative that the 2012 Sandy Hook school shooting was a hoax and that the parents of the children killed were “crisis actors. 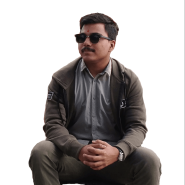