Nepal and India, two neighbors located in the southern Asian region have not had the friendliest of relationships when it comes to sharing borders. In the midst of a world pandemic, Nepal and India are feuding for a piece of land both countries claim to be theirs, Lipulekh, Kalapani. The Indian government redrafted its political map on the 2nd of November, 2019 where they had included Lipulekh, the disputed land with Nepal along with Kashmir.

The change of border came to the public view when India decided to construct a trade route passing through the disputed area, completely ignoring the Nepal government’s announcement on the 20th of November, 2019. The bilateral consignment between India and China to use the Lipulekh Pass disregarded what Nepal had documented in the past regarding the Kalapni territory. The uncertainty of Lipullekh has led to Nepal soon issuing a new political map which according to the government will include the debated land.

The Sugauli Treat of 1816 refers to “all the territories east of Mahakali river, including Limpiyadhura, Kalapani and Lipu Lekh belong to Nepal”, which Nepal strongly defends as the land has been “consistently maintained”. The government of Nepal has reported placing security in the land and ensure the territory lies within Nepal’s half.
Nepal’s public has had a strong opinion as well regarding this controversy and directed a poll with over 20,000 people signing it at the time being. 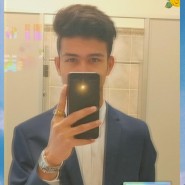