SpaceX and NASA prepare to send off two astronauts to space with a mission to change the future of space exploration in the second attempt. It is evident that almost everyone knows what SpaceX and NASA are.

Elon Reeve Musk, a citizen of South Africa, Canada, and the United States of America founded Space X in 2002 and is CEO and Chief engineer/designer of SpaceX.

The collaboration of SpaceX and NASA:

The curtain rises on Wednesday with the scheduled liftoff of SpaceX’s Falcon 9 rocket and Dragon capsule with two NASA astronauts, a test flight years in the making.

It revealed from the exact spot where men flew to the moon and the last space shuttle soared from Kennedy Space Center and NASA’s two newest test pilots Doug Hurley and Bob Behnken, are launching from home turf with SpaceX presiding over the countdown.

“Getting a chance again to see human spaceflight in our own backyard,” Mr. Behnken said. “That’s the thing that’s most exciting for me.”

SpaceX with its Ultimate goal to get humans living on other planets; Elon Musk said
“It is important that we become a space-faring civilization and be out there among the stars. We want the things that are in science fiction novels and movies not to be science fiction forever. We want them to be real one day“.

NASA tweeted “Together with SpaceX, we will return human spaceflight to America soil after nearly a decade. Tomorrow is not only a big day for our teams, but also for our country”

As per the evidence, it will be the first time in almost a decade that astronauts have been launched from US soil, with Nasa being forced to borrow seats onboard spacecraft from the Russian space agency.

It was in 2011 when the Space Shuttle program came to an end, NASA was able to launch astronauts from the US for the last time till then.

Though it is will not be the NASA who will be launching the astronauts except for the launchpad which will be provided by them.

The SpaceX company is set to make history as alongside Nasa, it sends two astronauts to the International Space Station – the first time a private company has done this.

For further information, watch how SpaceX ended up in collaboration with NASA. 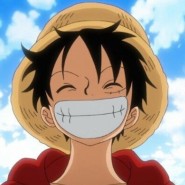