Three people are reported to be killed by the so-called ‘terrorist attack’ in Reading, which is about 40 miles west of London. Moreover, the victims were said to be unidentified yet after the incident took place.

A report stated that earlier that day, A ‘Black Lives Matter’ took place at the park. Furthermore, the
police, later on, claimed that the two incidents that took place at the park were supposed to be
completely unrelated to each other.
The incident took the lives of three civilians and the other three were seriously injured. A reporter
claimed that they are being provided with proper aid.

A 25-year-old man from Reading was arrested by the police as a suspect, this Saturday. The Police
claimed that the man was detained at the scene on suspicion of murder and authorities are not
searching for other suspects.
Chief Constable John Campbell of Thames Valley Police put forward some words about being deeply
concerned about the events that took place in the park. He also stated that the events have been
saddening him and is now more concerned regarding the case. 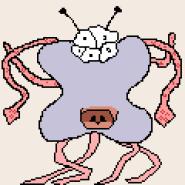