Tesla’s Cybertruck got over 250,000 pre-orders in its first week

Tesla unveiled its new product at the Tesla Design Center in Hawthorne, California, on November 21, 2019. Well, this time, Tesla decided to step into the market of trucks by revealing its new vehicle called “Cybertruck.” They did a very unexpected thing with the designing of this truck because of which Tesla and Elon Musk (CEO of Tesla) had to face many backlashes. The internet and market place got so hyped that “Cybertruck” got all the attention it needed, which helped Tesla in marketing.

Because of all the internet hype over Cybertruck, it gained so much following that over 250,000 pre-ordered this vehicle. As there were so many peoples criticizing the design, but at the same time, many people thought that it was a step toward modern design and pre-ordered the vehicle. People had only to deposit $100 (fully refundable) to pre-order Cybertruck, which might be the one reason why so many decided to pre-order it.

With all those excellent specifications in which the Cybertruck is available, there’s no wonder why this vehicle got so many pre-orders. It has got the speed/acceleration of a sports car and carrying capacity of trucks with an excellent mile range. The surprising thing is, there has been no paid advertising and endorsement of the Cybertruck itself. The hype of the Internet did all the work for marketing of the truck.

One of the Elon Musk’s (CEO of Tesla) followers on twitter commented “Memes are the best form of free advertisement” in the tweet done by Elon. Then, Elon replied by saying “Haha v true” which shows they also appreciate the popularity Cybertruck got because of memes. 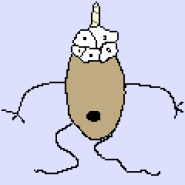 Just a random guy who thinks he can write and starts writing.