“Kawhi Leonard” was the only reason “Toronto Raptors” won their first NBA title in 2019. Kawhi was just traded into Raptors in 2018 for “Demar Derozan“. Kawhi was already a big name in the league, but when he led the Raptors to their first “NBA championship” in franchise history and won his second Finals MVP award, he became an elite player. Talking about this season he was is signed to a three-year $103 million contract with the “Los Angeles Clippers“. Clippers also signed “Paul George” this year who is also a remarkable player in playing defensively so Clippers looks pretty solid this year.

Standing in at 6’7(6 ft 7 in) Kawhi plays both shooting guard and small forward. He is overall a defensive player but also possesses great shooting skills. Talking about his offensive strength he is an elite isolation scorer at all 3 levels and a strong spot-up shooter. Kawhi can pull up pretty much every shot from inside the arc and also shoots 3. He can shoot off the dribble and still shoot when he is being heavily guarded. In defense, he is an excellent on-ball defender and rebounder, physically strong player, and inconsistent rim protector. He makes use of his body pretty well both defensively and offensively.

This year the 28-year-old Kawhi is playing his 9th season. In a nutshell, Kawhi is an extraordinary player. He has made many impossible things happen. He can virtually guard anyone in the league. Despite coming in as a defensive player, he has become a really good shooter. Last season he led his team to victory, this year he hopes to do the same. 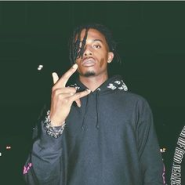